0
was successfully added to your cart.

Press enter to begin your search

It is imperative that you confirm your Turbocharger part number before purchasing any new parts. This part number uniquely identifies the turbocharger and is the only way to confirm the correct fitment for your vehicle. Failing to do so could mean you get the wrong part which will not fit and will not operate correctly on your vehicle.

Garrett is the most popular turbocharger manufacturer for most road vehicles.

Garrett usually casts its brand onto the compressor housing. Newer turbos come equipped with variable geometry turbo technology (VNT) and sometimes electronics in the form of a Rotary Electronic Actuator) REA which operates the Turbo through the VNT system.

Borg Warner part numbers are usually located on the compressor housing on a small plate. They have the largest range of part numbers so it can be difficult.

988 can be swapped with 970 when searching for your turbocharger. 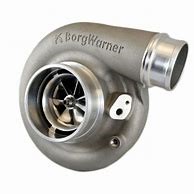 Sometimes they might have KKK or a K in a triangle stamped on the compressor housing.

Mitsubishi turbochargers (MHI) have a 5 digit prefix followed by a dash then a 5 digit suffix and often start with a 4. 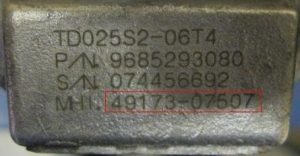 Mitsubishi (MHI) supply many of the European automotive makers such as BMW, GM, JLR, PSA, Renault, Volvo and VW and marine engines manufactures.

IHI use the Turbo Spec as the turbocharger part number, they usually use 4 characters, usually two letters and two numbers or 4 letters. 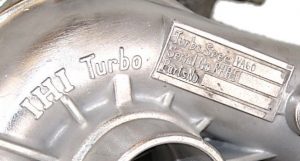 Holset use there assembly number as the part number, they also usually start with a 3 or 4 the turbo type can also be useful when trying to narrow down a Holset turbo to application.

Holset are part of the Cummins group design and manufacture turbochargers for diesel and heavy duty applications, offering units for engines 3 litres and above for road vehicles, marine vehicles and generators.

We use cookies to ensure that we give you the best experience on our website. If you continue to use this site we will assume that you are happy with it.Ok